How to Force Rhubarb (Plus Bonus Recipe) 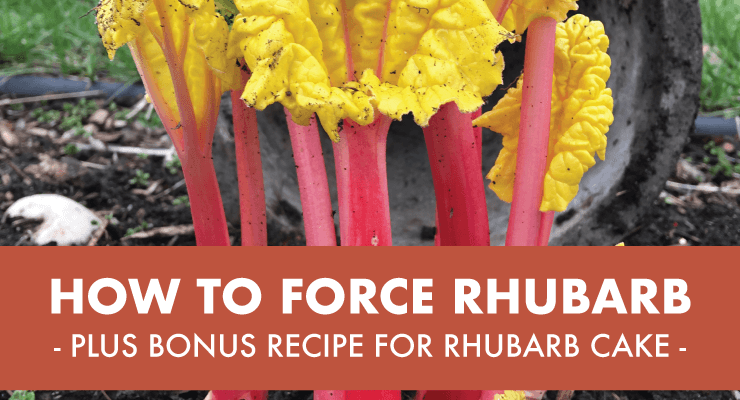 I have recently made the most amazing discovery and I’m so excited to share it with you!

Rhubarb has been growing in my garden for over 5 years. I have added several plants since then and have about 7 plants in total. Every year, I’ve had to wait until well into May, in order to harvest it.

However, I’ve found an easy way to speed up its growth. This method produces rhubarb that is a delight to the senses and it’s flavour is sweeter and more tasty than traditionally grown rhubarb.

How would you like to get a head start on your rhubarb plants?

Here’s what I’ve done in order to speed up my rhubarb’s growth. The result is a sweet and tender harvest, unlike any sold in stores or farmers markets. By following this approach, you too will be able to harvest a surprising and delightful rhubarb, that will make you the envy of all your gardening friends and neighbours. 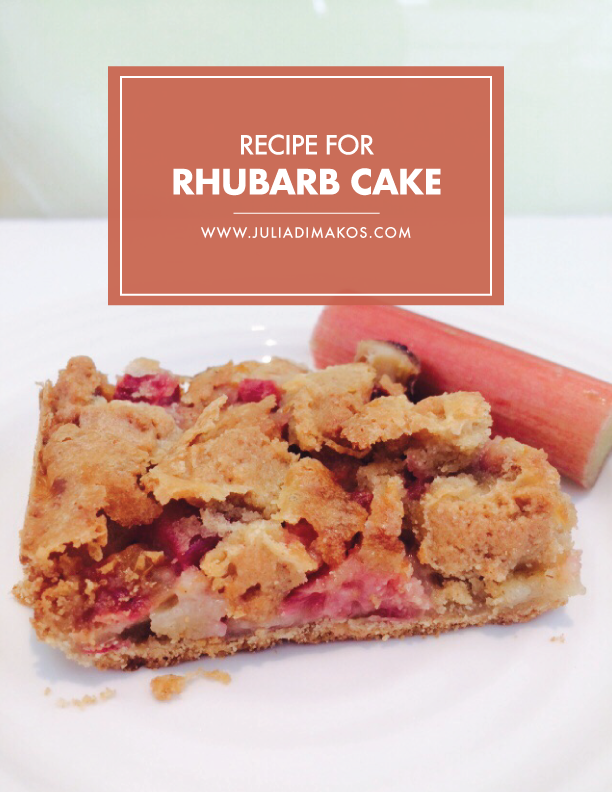 Rhubarb tastes good on its own, but also tastes great with strawberries! Complete the form to download my Rhubarb Cake Recipe.

The concept of forcing rhubarb has been practiced by gardeners in Britain since the late 1800’s. At that time, rhubarb was forced to produce fresh fruit at a time of year when fresh fruit was hard to come by. Dark sheds were built, which restricted all outside light, in order to grow rhubarb. The warm and blackened-out conditions of the sheds, allowed rhubarb’s rhizomes to quickly produce long, tender stalks.

The practice of forcing rhubarb increased during the first and second world wars, as more rhubarb sheds were erected and the demand for rhubarb increased. During that time, shipping became very difficult, since many ships were sunk. As a result, fresh fruit was unable to reach the country from abroad.

Today, the practice of rhubarb forcing continues in Britain and other parts of Europe. The best part is you don’t need to have a blackened-out shed in order to force your own rhubarb. All you need is a large woven basket, large clay pot, rhubarb forcer or any other dark vessel that can be placed over top of the rhubarb. If your pot has a drainage hole on top, cover it with a large stone or dark material, to block out any and all light.

When light is excluded from the rhubarb, it accelerates its growth as it reaches in search for light. As a result, photosynthesis does not take place, causing the stalks to be a bright crimson colour and a delicate sweet flavour, which doesn’t contain any of the bitterness that photosynthesis creates, and which is prevalent with normally grown rhubarb. 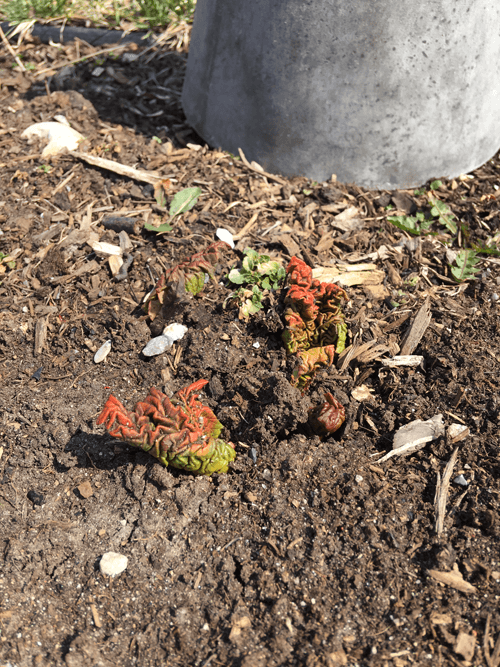 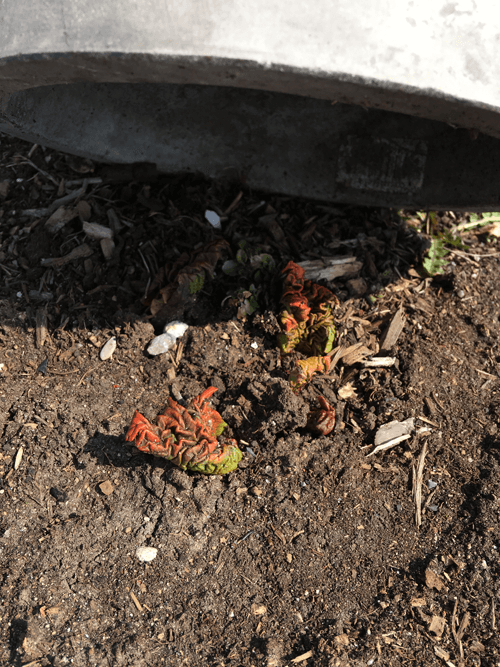 About to cover the Rhubarb 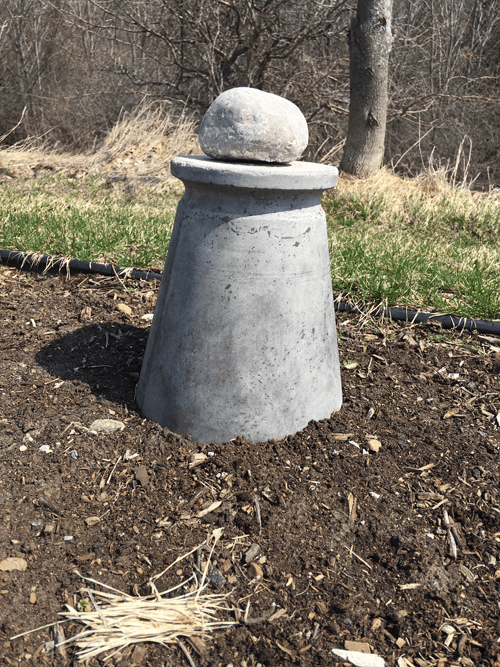 Here’s What You Need to Force Your Own Rhubarb: 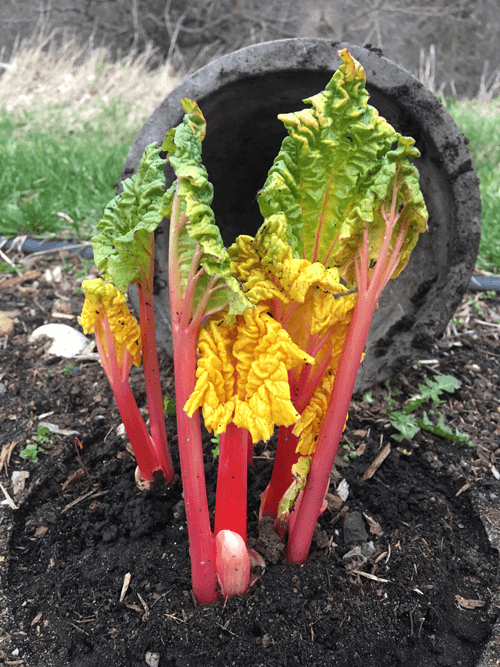 Note: Do not force your rhubarb plant, for a second year in a row. Forcing weakens the plant’s roots. They would need at least a year’s rest to recover.

Ideally, it is best to have several rhubarb plants, which would allow you rotate them through a yearly cycle.

One other word of caution!

I hope you give rhubarb forcing a try! I’m sure you will the experience the same thrill as I did, when I discovered gorgeous crimson rhubarb stalks, growing mysteriously under a dark container. 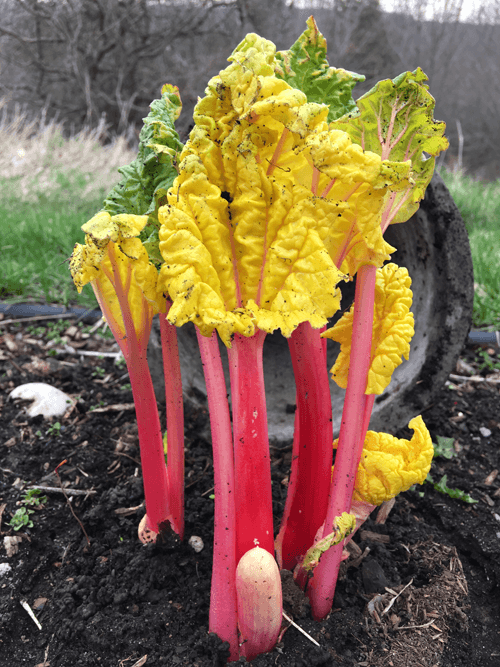 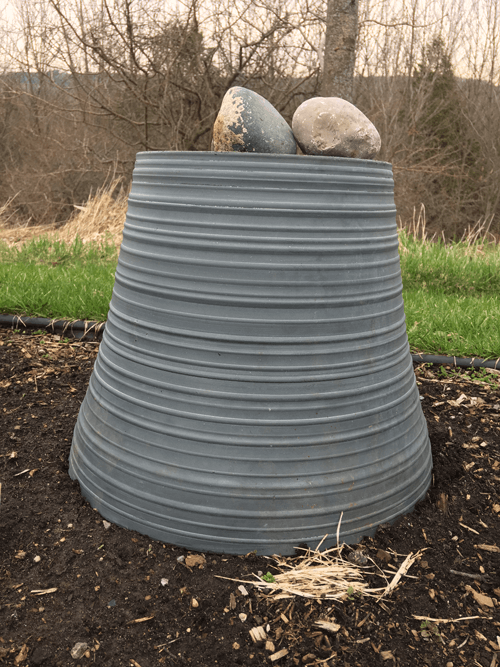 Rhubarb has outgrown the smaller cover and is now under a larger one.

Do you force your rhubarb? What’s your favourite way to eat it?

I’d love to hear about your experience in the comments section below. Alternatively, please send me an email.