Why the Fish Pepper Is So Mysterious 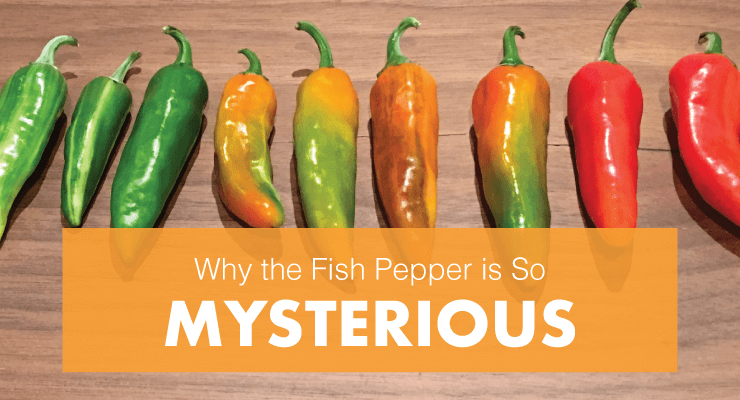 What is a fish pepper?

Why should you grow the fish pepper in your garden and why is it so mysterious?

The fish pepper is a most unusual chili pepper. It holds many secrets, both aesthetically and historically.

One glance at this pepper plant and you’ll wonder what it is and be tempted to grow it yourself!

If you’re looking to add something beautiful and edible to your vegetable and annual flower beds and containers, then continue reading.

History of the Fish Pepper

The fish pepper’s history goes back to the end of the 19th century and beginning of the 20th century, in Baltimore, Philadelphia, and Chesapeake Bay. At that time, fish peppers were popular amongst the African-American community, yet virtually unknown to the White community.

The white fish peppers these plants produced, were chosen to make creamy white paprika sauce for fish and shellfish dishes, in fish and oyster restaurants. The invisible heat from these peppers, created an appealing element of surprise.

Why was this pepper kept a secret, even left out of cookbooks?

The fish pepper came close to extinction when it fell out of favour around the middle of the 20th century.

Thankfully in the 1940’s, Horace Pippin, a black folk painter from Westchester, Pennsylvania, passed a jar of fish pepper seeds to the grandfather of William Woys Weaver. After inheriting the seeds, Weaver introduced them to the Seed Savers Exchange yearbook in 1995. As a result, they are available to us today. 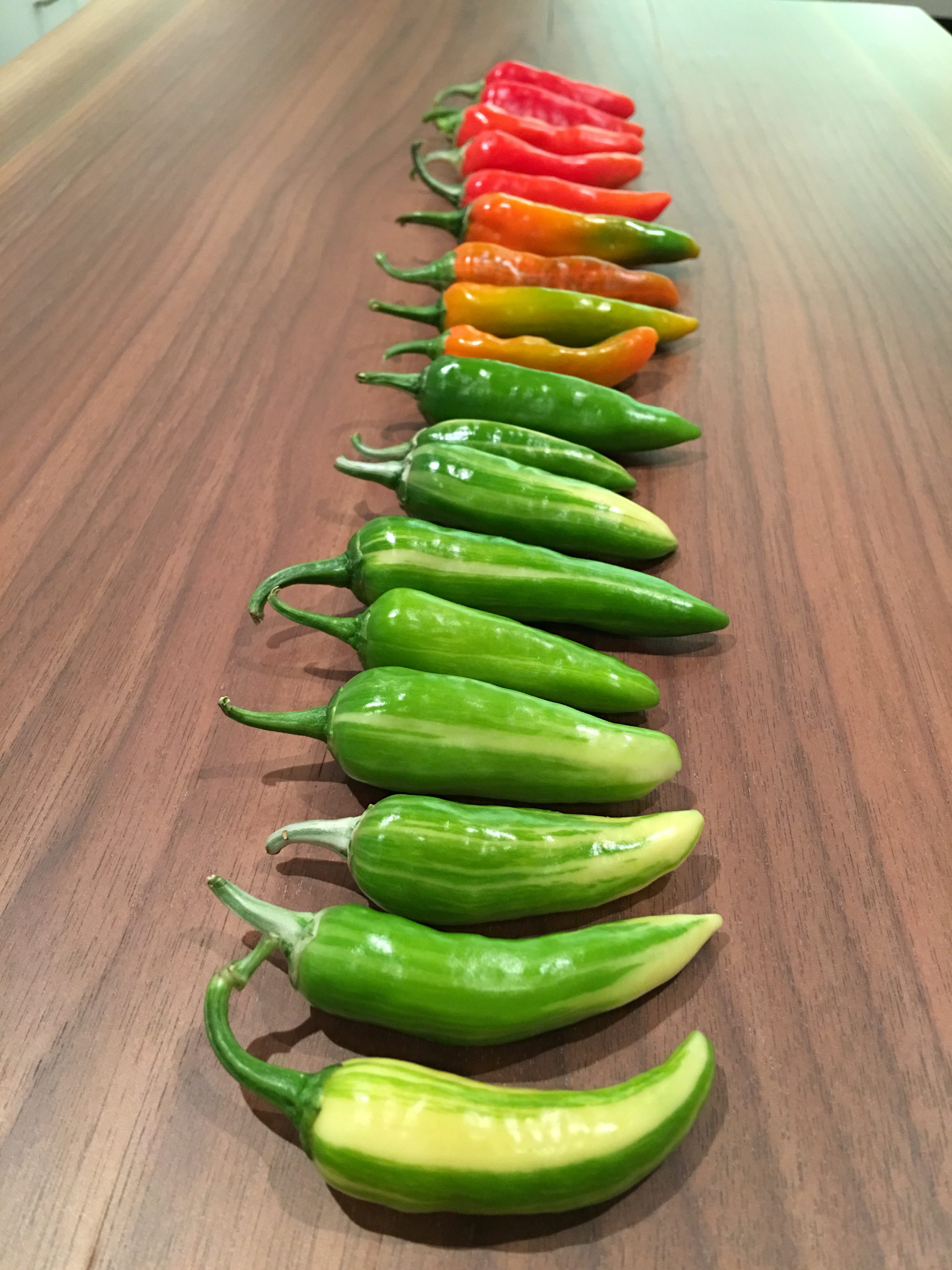 The fish pepper plant has variegated leaves of green and white. Some leaves are fully white, whilst others are all green. When I first grew this plant, I was convinced something was wrong with it. I had never seen a pepper plant with variegated leaves. I thought it might somehow be lacking nutrients. The plant also isn’t particularly tall, growing to only two feet in height.

As the plant began to prolifically produce fruits, I noticed they were most unusual. Most of the peppers produced had white and green stripes on them. The other peppers were either completely white or completely green. There was no consistency.

Through my research, I discovered that fish peppers have a recessive gene that causes albinism. It is a mutation in the Serrano pepper family. This mutation could indicate a lack of chlorophyll, making it appear white.

Later, as the fruits on the plant begin to ripen, they change colours, again! The white stripes on the peppers turn green, then brown, then completely red and all the stripes disappear! These changes take place over several weeks and at different times.

As I watched this plant grow, I fell in love with it and now must have it in my garden every year. They’re really quite beautiful!

Next year, I plan to add the fish pepper to my annual flower beds, perennial gardens and containers. I believe the variegated leaves and colourful fruits of this plant, would shine amongst carefully chosen annual flowers, canna lilies, grasses, sweet potato vines and others.