6 Reasons to Add Cucamelons to Your Garden 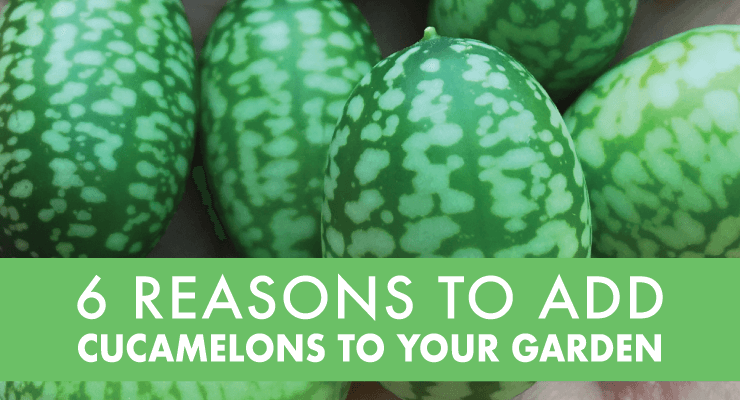 There’s a buzz amongst vegetable growers.

You may have seen them on social media?

Cucamelons have hit the top of the “must grow” vegetables list. Gardeners have been adding them to their gardens and they have become one the cutest and most interesting vegetables. Those that haven’t grown them yet, plan to do so next year.

But, what’s a cucamelon?

Is it a cucumber or a melon?

Cucamelons look like tiny watermelons. However, cucamelons are not cucumbers and they’ve been around for 100’s of years.

Have you decided to grow your very own cucamelons? Then download my free checklist of what not to do. 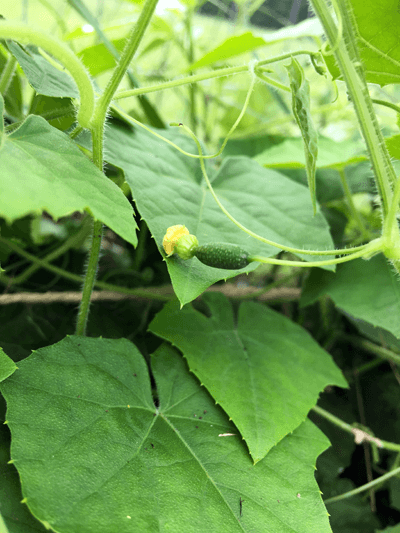 The fruits really do look like tiny watermelons. Their delicate vines and tiny leaves remind me of a miniature garden. If you haven’t seen them before, the first developing fruits will come as a delightful surprise. Fruits develop to the size of a grape, approximately 3 cm long by 2 cm wide (1.25 inch long by 0.8 inches wide). Their flavour resembles a cucumber, however they have a lemony finish. Their skin is thin, yet firm and their interior is juicy. Vines grow slowly from seedling stage, but once established will accelerate quickly and may grow to 10 feet long.

Cucamelons (Melothria scabra) are an exciting addition to a vegetable garden. Since they are different than cucumbers, they have their own benefits to growing them.

Why You Should Add Cucamelons to Your Garden 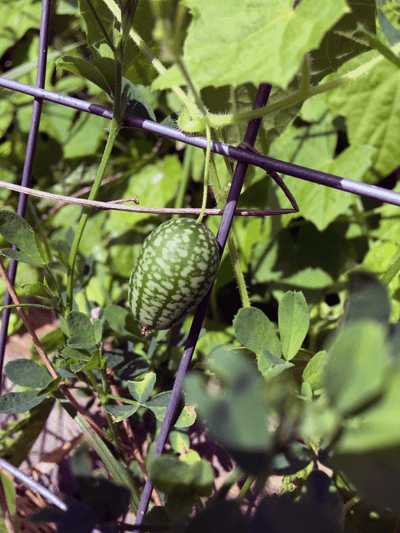 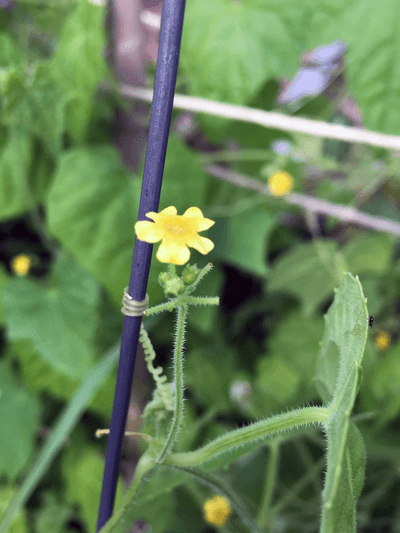 Here are my steps:

Cucamelon fruit are very small, often hanging behind a cucamelon leaf. Simply running your hand along the foliage will help to locate any inconspicuous fruit. 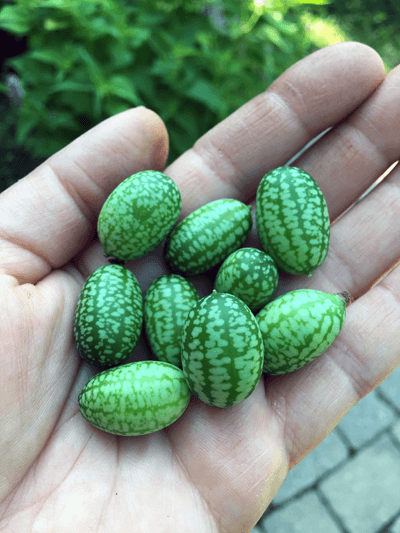 As I mentioned previously, cucamelon plants develop a tuberous root. This is contrary to cucumbers, which produce a long, thick taproot, followed by many branching roots. These roots die at the end of the season and may be composted. There is no life left in them after the plant dies.

The advantage of a cucamelon’s tuber is the ability to pull it up at the end of the season and store it indoors, in a cool, dark place. If stored properly, the tuber may be planted out again the following year, approximately 1 week before the final frost date. By regrowing your cucamelons from the original tuber, you will essentially produce a larger plant, which will take less time to establish. The plant will grow faster and produce fruit, much earlier than first year seedlings.

There is one caveat to this method. Tubers must be pulled up gently, without damage. If damage takes place, the tuber may not survive storage. The most effective method for overwintering tubers is to grow your seedlings in large pots. At the end of the season, simply bring your pots indoors and store them in a frost-free, dark and cool location. The following year, bring your pots outside a week before the final frost date, water them and they should start growing anew.

Growing cucamelons couldn’t be simpler. Other than proper staking, they require very little work. Cucamelons need little water after establishing and are perfect in drought-like conditions. They have few pests, are affected by few, if any diseases and predators leave them alone. They have an eye-catching and beautiful appearance and a delicious flavour. I highly recommend adding them to your vegetable garden plans. Since I began growing them, they are a definite “must grow” for me!