The Easiest Way to Clean Leeks 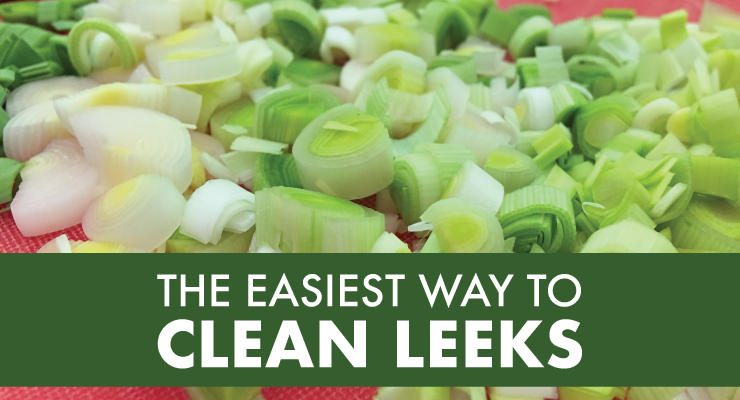 If you cook with leeks, you’ve probably experienced how tough they are to clean.

My first experience was like this: I didn’t know how to wash out the dirt, from between the leek layers. I tried to peel the layers off, rinse them, then chop them up individually. But this was messy and complicated.

I also tried to run water down between the layers, but this was also difficult since there’s very little room between them. Even if the leeks “seem” to be clean overall, there’s always some dirt stuck inside, between the layers and this is due to the way they grow.

I have a technique for cleaning leeks that is quick and simple. It also saves me a lot of time when I’m preparing meals and need to make dinner quick!

I’ve gotten to know leeks quite well over the years and I’ve fallen in love with them. Prior to growing leeks, I occasionally purchased them from the grocery store. As I began to take the leeks apart, I couldn’t believe how dirty they were inside! Cleaning them was a complicated and time consuming process.

I then began to grow my own, allowing me to discover an easy growing technique, that also reduced the amount of dirt stuck in between the layers. My planting technique results in long, white, tender stems with very little dirt in-between.

Be sure to subscribe to my YouTube channel to be notified when a new video comes out.

Leeks have a long growing period of approximately 9 to 10 months. I start them indoors, early in the new year and plant them out a couple weeks before the last frost. They grow slowly and remain in the ground until after the first frost. At that time I harvest them and bring them indoors. (Please refer to my Outdoor Planting Calculator, for the right day to plant leeks in your area.)

Leeks are delicious in Potato Leek Soup. I also enjoy them in quiche, roasted with other vegetables, sauteed with fish and as an alternative to onions. They have a different texture than onions and a delicate flavour.

Here is my easy method for cleaning leeks: 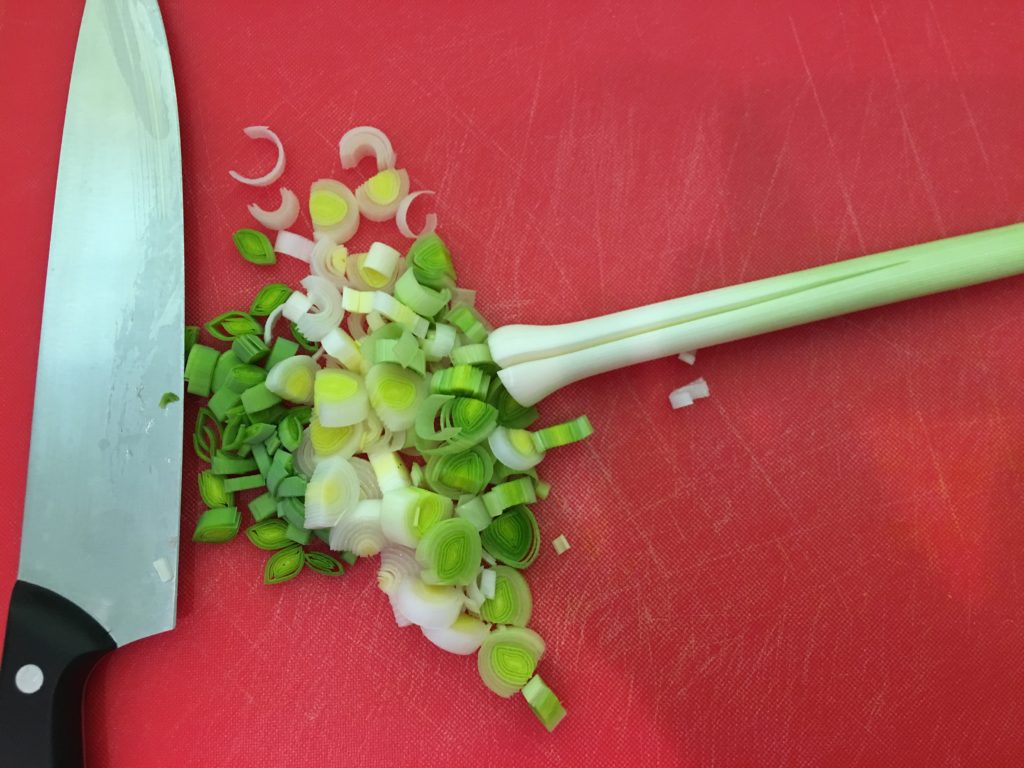 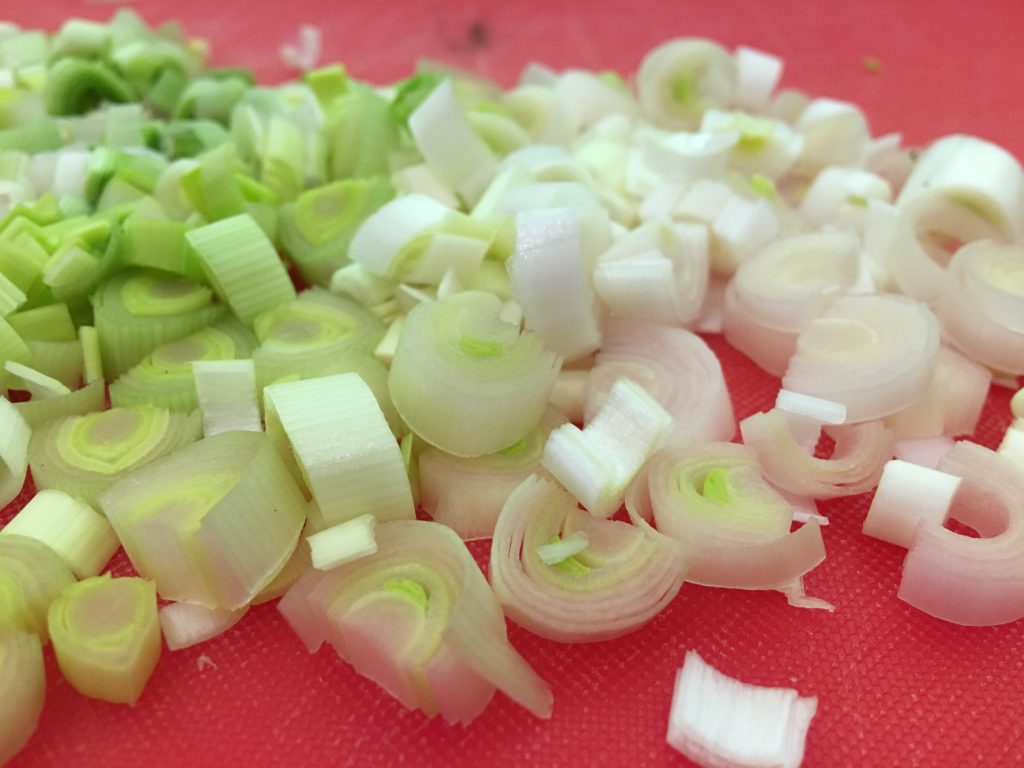 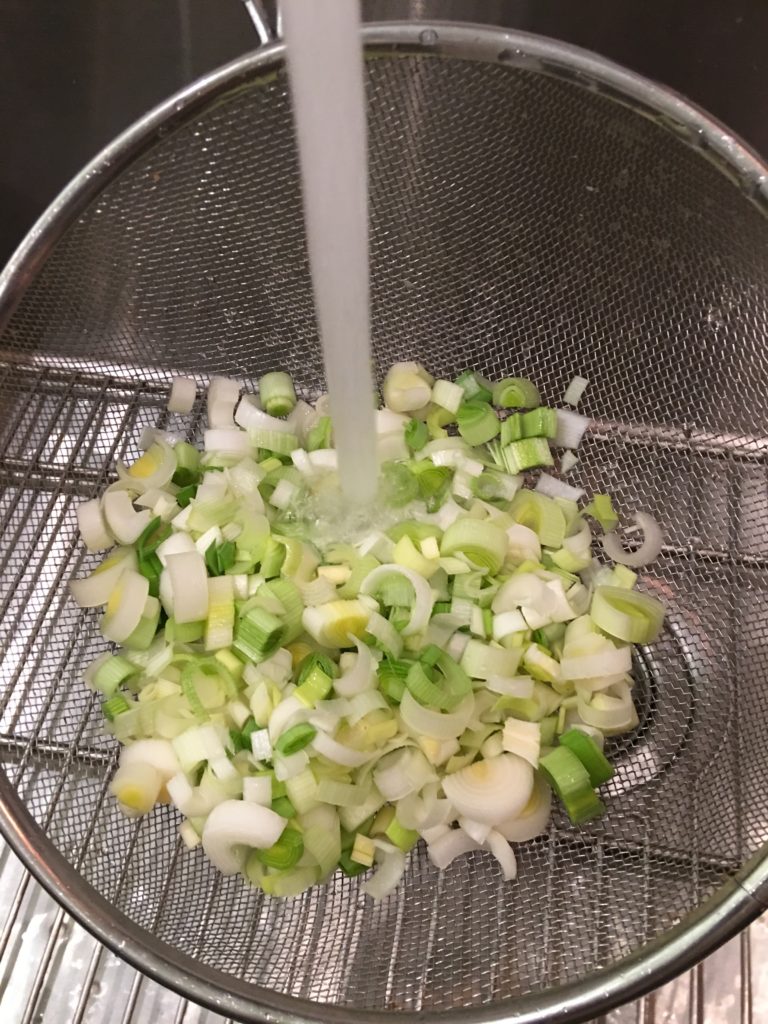 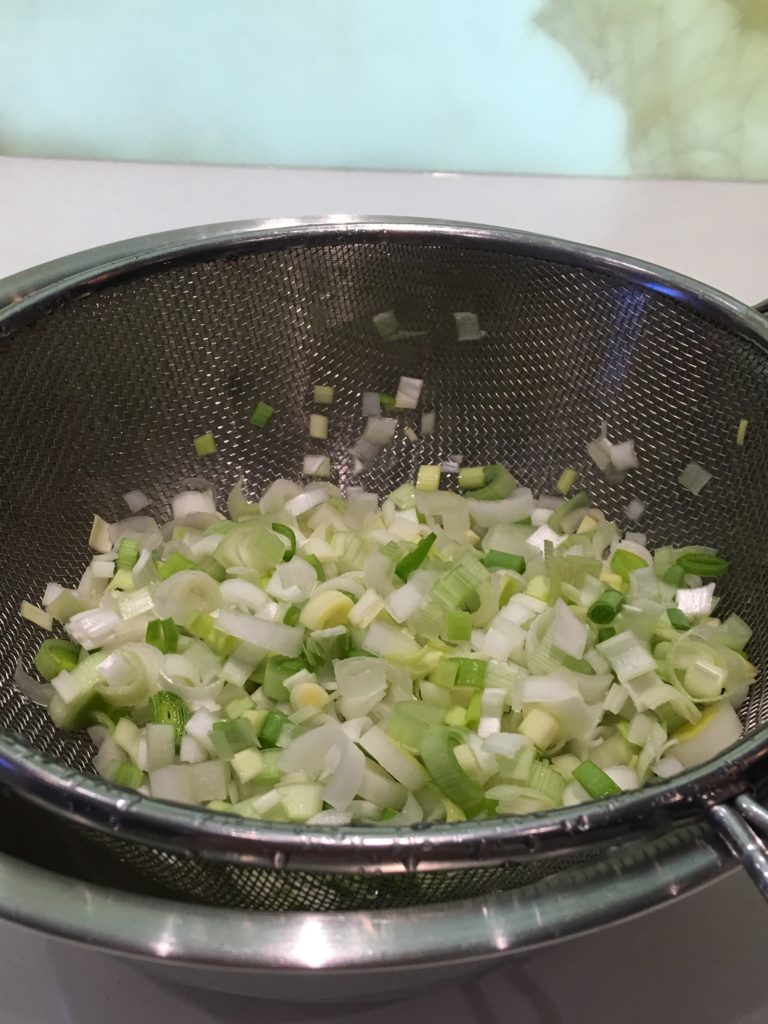 I have found that people often don’t use leeks in their cooking. Maybe they are seen as complicated? Complicated to use or complicated to clean. However, this technique shows you how easy they are to use. Once chopped, they may be sautéed, as you would with onions or garlic. They also have a beautiful, mild onion flavour, which is definitely worth experimenting with. I hope this technique encourages you to give them a try.

If you do cook with leeks and have an easy method for cleaning them, I would love to hear about it. Please leave me a comment below.